Screening for Antibodies by Phage Display

Phage display is a very powerful technology for the discovery of protein interactions that uses bacteriophages (viruses that infect bacteria) to connect large libraries of proteins with the genetic information that can be used to express them. In this approach, a gene encoding a protein of interest is inserted into a phage coat protein gene, causing the phage to "display" the protein on its surface, while the gene for the protein is inside, resulting in a connection between the protein and the DNA sequence that encodes it. These displaying phages can then be screened against other proteins or various targets in order to detect interactions between the displayed protein and other molecules. In this way, large libraries of proteins can be screened and amplified in a high throughput process called in vitro panning or screening.

George Smith at the University of Missouri pioneered the use of phage display to select for high affinity peptide binders in the mid-1980s. Since then, antibody phage display has become one of the most widely used and versatile tools for antibody discovery and engineering. In 2002, adilumumab (Humira®) became the first approved phage display approved therapeutic antibody on the market and remains one of the best-selling antibodies on the world. There are currently six marketed antibodies that were discovered or optimized by phage display and many more in clinical development. This approach has revolutionized the way researchers can discover antibodies and other binding molecules for use as therapeutics, diagnostics and research reagents.

The advantages of selecting antibodies and scaffold-based binders are many. The power of in vitro selection allows for selecting high-affinity binders, preferential on/off rates, specificity for one family member antigen from related molecules, antibodies targeted to a specific epitope, and other conditions that may be advantageous to the properties of the binder (stability, gentle elution, metal ion dependency, etc.). In vitro selection does not depend on development of an in vivo immune response, and thus can be used with non-immunogenic or toxin-like targets, as well as other molecules that may be unsuitable for immunization. Combining with an immunization approach however creates an even more powerful strategy, since the antibodies have gone through an in vivo maturation process.

"Panning" an immunized phage display library provides the ability to discover the needle in the haystack—as long as you can develop a good selection strategy, you can sort through the billions of antibodies to find those with the unique desired properties. Unlike traditional monoclonal antibodies, you are choosing from a very high diversity of molecules and will have a recombinant clone of the antibody which facilitates production, manufacturing, and reproducibility as well as the ability to engineer the antibody into different formats and with different tags for detection and purification. BDS can create and screen custom phage libraries from a large variety of sources- human or animal PBMCs, other naive antibody sources, scaffold proteins and immunized animals (camelids, mice, rabbits, sheep, rats). 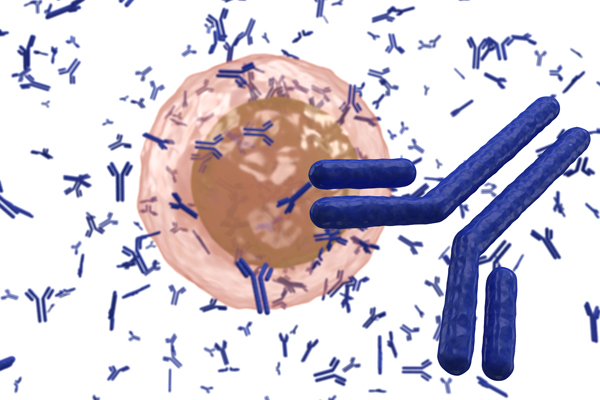