Our Antibody Engineering of scFvs and VHHs Libraries

One of the significant advantages of having a single domain (VHH) or single chain (scFv) antibody is the ability to engineer these into formats for improved end use. As mentioned under Small Scale Antibody Production, we can fuse a VHH or scFv antibody to an Fc which can then allow traditional detection (mouse or rabbit Fc for diagnostics); a human Fc for potential therapeutic use; bispecifics or trispecifics for multiple target use; or increased half-life stability in vivo. The relative affinity is significantly improved as well, due to the dimeric nature. The VHH antibodies are particularly amenable to manipulation and can be humanized, multimerized, engineered for intracellular penetration, increased stability, protease resistance, etc.

It is also possible to do CDR grafting or domain swapping to engineer an existing antibody into a single-domain VHH antibody or scFv. For the engineering of scFvs, we can reconstitute an intact antibody from an scFv, or take a full-sized, intact antibody and convert to an scFv or Fab. Likewise, VH sequences derived from traditional antibodies can be converted to a more stable VHH.

About Our Antibody Engineering Process

Fc regions are the “tail” portions of antibodies and bind to various cell receptors and complement proteins. In this way, they mediate different physiological effects of antibodies. The Fc regions are heavily glycosylated, thus making the expression source important.  Fc produced antibodies are made via transfection in mammalian cells, and thus have accurate folding and disulfide bond formation as well as appropriate post-translational modifications which add to stability in vivo. The Fc portion can serve as a “handle” for purification or detection as well as having effector functions in cell-based assays. Besides IgG-based Fc molecules, we can also utilize IgA-based and IgM-based Fcs to take even greater advantage of increased avidity as well as antibody localization.

Improving affinity is a common antibody engineering strategy, which is described in great detail on our Affinity Maturation page. We also have strategies to help define which amino acids have the greatest effect on binding. In this way, we can concentrate on the region of the antibody primarily responsible for target interaction.

Other antibody engineering options include adding “tags” for detection or purification and fusing to other molecules to affect localization. Single-domain and single-chain antibodies are amenable to chemical derivatization as well. And since the cost to produce these is quite economical, they can be attached to resins or beads for antigen purification. VHHs and scFvs are very useful for CAR-T and related applications. 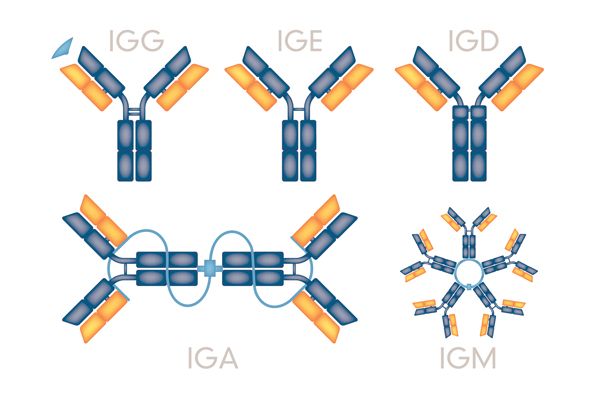